On this day 1986 years at the Chernobyl nuclear power plant the largest in the world technological disaster.

As a result аварии на ЧАЭС the nuclear reactor was completely destroyed, radioactive substances released into the environment, and the resulting cloud spread them to large sections of the territory of the Soviet Union, which are currently part of Belarus, Ukraine and the Russian Federation. There was a radioactive infection of the territory with a total area 207,5 thousand square kilometers.

Chernobyl personnel were at risk, participants in the aftermath of the accident, evacuated people and affected population. Nearly 8,4 million people in three affected countries exposed to radiation, hundreds of thousands of them were evacuated from contaminated areas.

The Chernobyl accident was not only a huge tragedy and a major environmental disaster 20 centuries, but also a lesson to all of humanity, showed, that out-of-control nuclear energy knows no bounds. Unfortunately, its echoes will sound for a long time and will affect more than one generation of people.

Only through the courage and dedication of the workers, scientists, military and volunteers, risking their lives and health, which performed then, at 1986 year, unprecedented in its scale and complexity work to urgently eliminate the consequences of this tragedy, managed to avoid more terrifying consequences. Residents of all the republics of the USSR took part in the liquidation of the consequences of the Chernobyl accident.

Paying tribute to the dead, heads of state of the Commonwealth of Independent States at a summit in June 2001 years have decided to appeal to Member States of the United Nations (UN) on announcement 26 April International Day of Remembrance for the Victims of Radiation Accidents and Disasters.

In December 2016 years of the UN General Assembly 26 April was proclaimed the International Day of Remembrance of the Chernobyl disaster.

The Grodno regional inspection of Gosstandart expresses gratitude and gratitude to all the liquidators of the disaster and the participants in those events, including inspection worker
TO SCHOOL VICTOR ALEXANDROVICH. 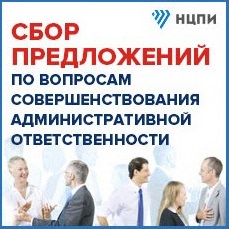