35 years ago, 26 April 1986 of the year, there was a disaster at the Chernobyl nuclear power plant. To one degree or another, its consequences have affected many European countries.. But Ukraine suffered the most, Russia and especially Belarus.

As a result of the accident, almost the entire spectrum of radionuclides was released into the atmosphere., which had accumulated in the reactor at the time of the explosion, including iodine-131, cesium-134, cesium-137, strontium-90. In the first weeks after the accident, radioactive iodine posed a particular danger to people., isotopes of which, entering the body, concentrate in the thyroid gland and cause its irradiation. 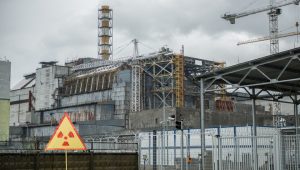 Belarusians, as well as people all over the world, must always remember sacrifices, which had to be suffered as a result of the accident at the Chernobyl nuclear power plant. And do your best, so history never repeats itself. The accident at the Chernobyl nuclear power plant affected the lives of several generations and caused irreparable damage. Has led to environmental pollution, for many years turning the territory around the station into an exclusion zone. The disaster robbed thousands of homes. But the most important thing – tragedy claimed and maimed human innocent lives. At the same time, the Chernobyl disaster also showed, how huge human sacrifice can be.